At the end of the hearing on 10 April 2019 during which Zack Holmes was represented by Neil Robertson (Bignon Lebray), the Disciplinary Commission of the European Professional Club Rugby confirmed the red card but, in the absence of aggravating factors and, in particular, taking into account the player’s clean disciplinary record, absence of willful intent, Zack Holmes’ guilty plea and the other player dipping during the tackle, the period of suspension was reduced to a week.

As for Iosefa Tekori, a second-row, he received a yellow card and was cited following a tackle on the ASM Clermont hooker, Yohan Beheregaray during the clash between the top two teams of the Top 14 on 14 April 2019.

Following the hearing on 18 April 2019, which was advanced due to the ½ final of the Champions Cup against Leinster, and after analyzing video images of the action and the arguments presented by the player and his legal counsel, Neil Robertson (Bignon Lebray), the LNR Disciplinary Committee deemed that there was no requirement for any disciplinary action. 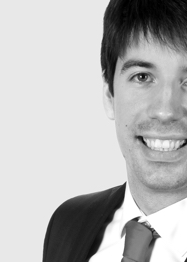