[COVID-19] Ordinance No. 2020-306 of 25 March 2020 on the extension of time limits during the emergency period: what consequences in civil matters? 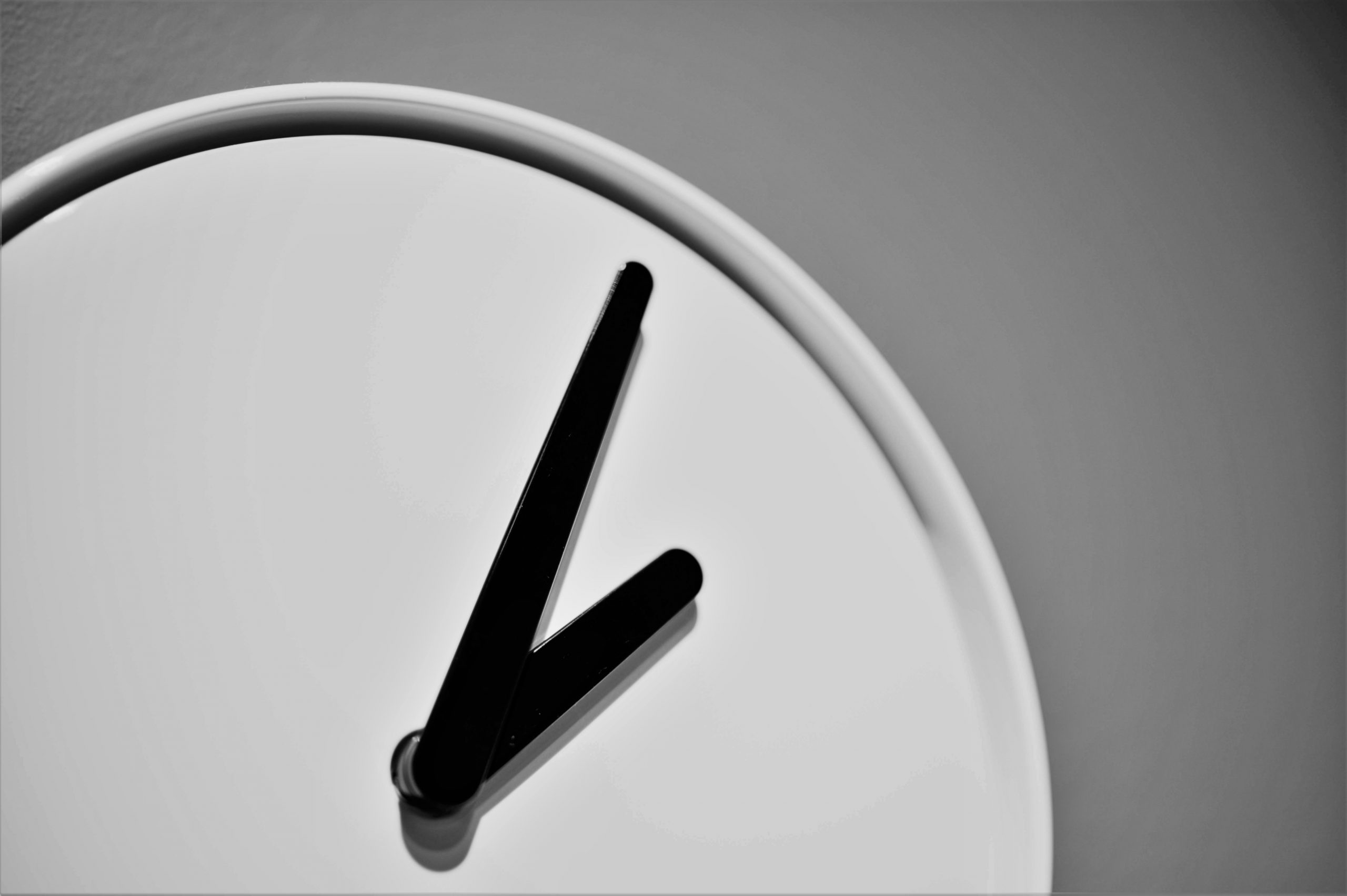 
Within the framework of the Emergency Law to fight the covid-19 epidemic of 23 March 2020, the Government adopted on 25 March 2020 a series of 25 ordinances aimed at taking various measures for the country’s economy.

One of such texts, referred to as Ordinance No. 2020-306, aims to grant individuals and companies an adjustment of the time limits during the period of health emergencies.

The general provisions of this text contain a genuine “moratorium” on time limits, which can be broken down into four parts.

Article 1 I of the text specifies that its scope includes time limits expiring between 12 March 2020 and the expiry of a period of one month from the date of cessation of the declared state of public health emergency and, where appropriate, its extension.

The emergency law to deal with the covid-19 epidemic of 23 March 2020 was published on 24 March 2020 and provides in article 4 for a period of two months from its entry into force.

To date, the state of health emergency is therefore expected to end on 24 May 2020.

Ordinance No. 2020-306 therefore covers the deadlines that expire between 12 March 2020 and 24 June 2020 (unless the state of public health emergency is subsequently extended).

Therefore, as they stand, are not concerned by the present text:

Article 1 II then specifies that the following are excluded from the scope of this text:

Finally, Article 1 III provides for the inclusion of measures restricting liberty and other measures limiting a constitutionally guaranteed right or freedom, provided that they do not entail an extension beyond 30 June 2020.

Other than the aforesaid exclusions, this ordinance has hence a very broad scope of application covering trials of the first instance, as well as appeal and cassation procedures. Moreover, all Courts of first instance of the judicial order are concerned, i.e. the judicial courts, commercial courts, labor courts and joint rural lease courts. Since only criminal matters are excluded from the scope of the Ordinance, it applies to all civil, commercial, social and tax matters, as well as to disciplinary matters.

2. On the time limits resulting from the law or regulations

Article 2 of the text lays down the following mechanism:

“Any act, recourse, legal action, formality, registration, declaration, notification or publication prescribed by law or regulation which otherwise would entail nullity, sanction, lapse, foreclosure, prescription, unenforceability, inadmissibility, automatic withdrawal, application of a special regime, cancellation or forfeiture of any right whatsoever and which should have been accomplished during the period mentioned in Article 1 shall be deemed to have been performed in time if it was carried out within a period that may not exceed, as from the end of such period, the period legally prescribed for taking action, up to a limit of two months. The same shall apply to any payment prescribed by law or regulation for the acquisition or retention of a right“.

Several remarks on this text:

As an example, let us apply these texts to the time limit for appealing a civil judgment.

3. On certain administrative and jurisdictional measures

Article 3 of Ordinance No. 2020-306 provides that certain administrative or jurisdictional measures, whose term would expire between 12 March 2020 and 24 June 2020 (unless the state of emergency is extended), will be automatically extended for two months following the end of this period, i.e. in principle until 24 August 2020.

These measures are as follows:

The text specifies, however, that in any event, the judge or competent authority may modify or terminate these measures where they were ordered before 12 March 2020.

Thus, there is no doubt that judicial expertise, conciliation and mediation missions, which should have expired between 12 March 2020 and 24 June 2020, will automatically be extended to 24 August 2020 (regardless of the length of the initial deadline).

This being said, experts, mediators and conciliators apparently remain free in setting their procedural timetable. Thus, the deadlines initially set for the sending of statements, pre-reports, reports must, in our opinion, be respected, unless the court expert, mediator or conciliator agrees to postpone.

It is more difficult to identify precisely the prohibition or suspension measures “which have not been imposed as a sanction“, which is easily open to interpretation. As the Report to the French President on Ordinance No. 2020-306 does not give any details on this point, it will therefore be up to the Courts to set a precedent by interpreting this text and determining the measures that may be considered as having been imposed as a sanction or not.

4. On contractual mechanisms and penalty payments

While it is very clear that the provisions of Article 2 of Ordinance No. 2020-306 are not intended to apply to contractual obligations, contracts are on the other hand the main subject of Articles 4 and 5 of this Ordinance.

“Penalty payments, penalty clauses, termination clauses and clauses providing for forfeiture, when their purpose is to penalize failure to perform an obligation within a specified period, shall be deemed not to have taken effect or to have taken effect, if that period has expired during the period defined in Article 1(I).Such periodic penalty payments shall take effect and produce their effects from the expiry of a period of one month after the end of that period if the debtor has not performed his obligation before that time.”

“The course of the periodic penalty payments and application of the penalty clauses which took effect before March 12, 2020 are suspended during the period defined in Article 1.I.“.

It is interesting to consider whether the periodic penalty payments referred to in Article 4 of this Ordinance, which essentially covers mechanisms arising from contractual clauses, also concern periodic penalty payments ordered by administrative authorities and Courts, or whether they fall under Article 3 of this Ordinance, which covers administrative and jurisdictional measures.

It is clear from the circular of the Minister of Justice dated 26 March 2020 that, although arising from non-contractual provisions, these periodic penalty payments are also affected by the provisions of Article 4 of Ordinance No. 2020-306.

This circular gives the following example:

“By judgment of 1 February 2020, a Court sentenced a company to carry out repair work under a provisional penalty payment of 500 euros per day of delay from the date of service of the judgment. The decision was served on March 1, 2020, and the work had not been carried out by March 12, 2020.

The course of the periodic penalty payment shall be suspended from 12 March until one month after the end of the state of emergency. It will resume its effect the following day if the company has not carried out the work to which it has been sentenced. »

This circular also specifies that in any event, when the periodic penalty payments have taken effect (or the clauses have produced their effect) before March 12, 2020, they may be terminated by the judge or the administrative authority if the matter is referred to them.

It should also be noted that, with regard to the obligations arising from commercial and professional leases, as well as electricity and gas supply contracts, specific provisions arising from Ordinance No. 2020-316 of 25 March 2020 will also apply to physical and legal persons under private law likely to benefit from the solidarity fund that will soon be created by the Government.

Thus, for those eligible for this mechanism, failure to pay rent or rental charges relating to professional and commercial premises may not give rise to the application of financial penalties, late payment interest, damages, penalty payments, application of the cancellation clause, penalty clause or any clause providing for forfeiture, or activation of guarantees or sureties, notwithstanding any contractual stipulation.

There is no doubt that individuals will not have an identical interpretation and application of these exceptional provisions and that the courts are likely to be seized with numerous disputes in this respect and will therefore be led to establish their own case law.